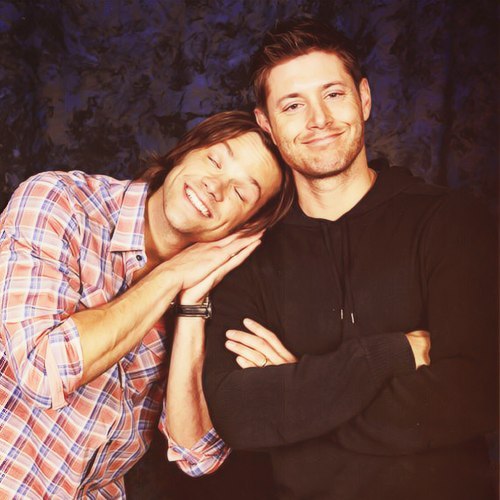 Maybe it really is all about the emotions.

So as an academic, as somebody that studies slash fic, I’ve been pretty committed to the idea that our attraction to slash, as women, goes beyond the traditional understanding: that we like the emotional attachment we have with the characters, that they have for each other, and we feed off of that, use it to construct our narratives of [emotional] desire. That we read and write sex for the intimacy, for the connection between these male partners whom we adore, whom we construct as adoring each other.

As a reader, as a writer, that always felt like bullshit to me.

I mean, yeah, I want to read stories where the characterizations are right on, where Sam and Dean or Kirk and Spock act like themselves. And part of that characterization for me is each man’s great love for the other, their incredible affection and devotion that goes beyond the bedroom, yes–but almost always ends up there, too.

But yeah: I also read it for the sex. Well-constructed, physically plausible, scorching hot and loving (sometimes) or not (sometimes), hard and quick or slow and gentle: but yeah, sex is a big part [heh] of why I love slash fiction.

And in reading all of this academic commentary–much of it grounded in feminist theory, at least in part–I kept running into this notion that slash is girly, that’s teenage girl emotional, that we read for intimacy and not (most explicitly not) for Sam fucking Dean into oblivion. No no. Sex may happen, these theories often go, but, as women, we’re reading for the connection, just as we do when we read traditional, happily-ever-after heterosexual romance novels.

Again: bullshit. Because we read, we write, at least in part, to get off. To get each other off, yes? As Anna Feigenbaum argues in her brilliant and hilarious essay, “If Adorno Could Hear Us Now: Female Fans [Re]writing the Romance/Porn Divide in ‘Boy Band’ Slash Fiction”:

For every [slash] story that maps out a fairly conventional conflict-resoution, there are others that bare little resemblance to the ‘romance novel’ trajectory…For example, in Mel’s story Going Up?, *NSYNC members Chris and Justin share an X-rated ride in a hotel elevator…I doubt the reader is meant to interpret Chris’ demand, ‘I want your fucking mouth sucking my cock,’ as an eroticization of nuturance. Given the explicit depictions of sex and the lack of a developed emotional relationship in this story, I am inclined to argue that it in no way resembles a conventional, heterosexual romance.

Exactly. We read slash, we write it at least in part because the sex, the bodies within it, are fucking hot. 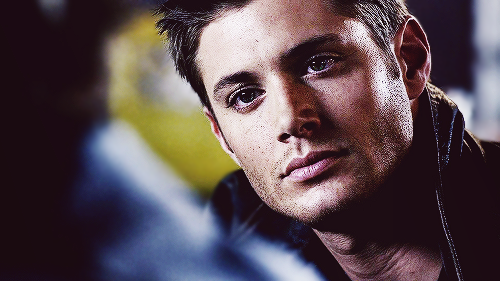 But I’ve read a couple of stories lately that reminded me that it’s not a simple choice of A-or-B, that there’s a sliding scale of sex and romance and emotion, a Kinsey scale of erotic/pornographic fiction. Sometimes, these stories whispered– even as I turned my head and tried to pull away–it’s the emotion, the angst behind it, that make the sex so hot.

And here’s the really fucked up part: both of these stories are Real Person Fiction. One AU [alternative universe], the other straight-up J2. Maybe that’s how they got me: I didn’t expect to find gut-wrenching, heart-breaking angst in the middle of an AU J2. Much less two.

The first story is Ygrawn’s “Private,” a J2 inspired by this incident at an SPN convention. Misha gets a little handsy with Jared onstage and damn, does Jensen not like that. But here’s the thing: Jared’s not his, not really. Not anymore. He should be with Danni. He knows this. But there’s something that reminds him of how it used to be, with him and Jared, gets the jealousy and the grief and the lust all mixed up in one, and, well.

What I love about this fic–what surprised me–is the emotion in it. The genuine sadness mixed in with the scorching, toppy!Jensen sex.  Yeah, the sex is great, but it’s great because it stings; everybody’s hurting in this one, especially Jensen, but it’s that angst which makes the brief respite of sex, the momentary return to what was and what will never be, all the sweeter.

The second is an AU J2 called “Half of Your Heart” by jojothecr. This one broke my heart with a hammer and came back for the scraps. Jensen should be with her. Jared knows this. And this time, every time, it’s supposed to be the last. But they keep coming back to each other, a few times a year, and she knows. She tolerates. And Jared will, too. Because even a few hours with Jensen are better than none. That’s good enough, for now.

I’ve never cried over fan fic before–any fan fic, much less RPF–but “Heart” had me weeping. Again, what makes it extraordinary in my book is the emotion: the pain and unhappiness that’s so tightly intertwined with the sex that the two feed each other, thrive off one another. And I didn’t know quite what to do with that, as a reader, except let myself get lost in the story and cry like an idiot when it was over.

2 thoughts on “And Sometimes, It’s Beautiful.”